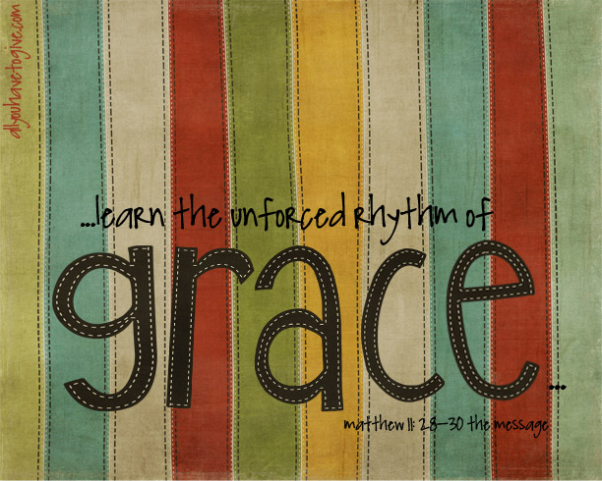 But since it didn’t get the job done, there was a change of priesthood, which brought with it a radical new kind of law.

Jesus, the Son of God, the Light of the World, the-Friend-who-sticks-closer-than-a-brother . . . I AM. When we think of Jesus we might think of the last images of Him – a Savior on a cross, a crown of thorns atop His head – “It is finished.”

Less often we think of WHO He was on a day to day basis. He was love in the flesh . . . He was radical grace – a person consistent in character and completely unpredictable in everything else!

Jesus did nothing simply. He healed on the Sabbath which in some people’s opinion was against the rules. He stuck up for the adulterer not only by speaking up . . . but by first drawing in the DIRT. He took the same DIRT, spat on it and made mud . . . He healed the blind man with it. He loved the thief hanging beside him on the cross. He asked God to forgive the ones who killed Him.

Jesus was an unorthodox and extraordinary guy.

His example of living life was just as breathtaking as His example of giving it. If we are to become the best we can be we have to learn to love radically. We have to learn to be a little unorthodox, to reach out to the one no one else will touch. To show the world who Jesus is we have to reflect His face. To do this we must put aside our pettiness, step outside our comfort zone and let God out of our box.